Dickens lived a life of toil. He knew misery in his younger years and he became rich and famous in the end. 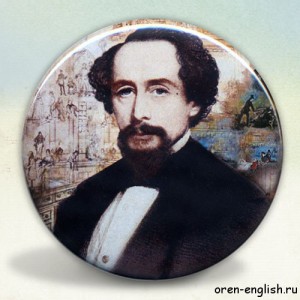 Dickens was born at Portsea, on February 7, 1812. His father was a clerk in the Navy Pay-Office. The family moved to Chatham when Charles was four.

There the future writer went to school.

Even in his childhood the boy showed the imagination and dramatic talent which later made him famous; and his parents loved to hear him recite poetry, act scenes from great plays and novels.

Dickens was a ten-year-old boy when the family left Chatham for London. Soon Dickens’s father was ruined and put in prison for debt. Charles had to go to work. He had to paste labels on jars of blacking in a warehouse. He was paid six shillings a week, and for two years he never had enough to eat. His poverty, however, brought him in contact with the very poor. This was of great value to him when he became an author.

a life of toil — трудовая жизнь