Do you know what a hobby is? A hobby is what you like to do in your spare time. If you have chosen a hobby according to your character and taste, you are lucky because your life becomes more interesting and exciting. 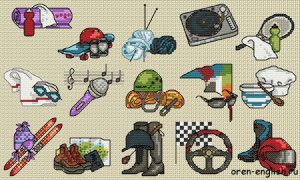 Hobbies differ like tastes. The most popular hobbies are philately, collecting post-cards, coins and books.

Some people are interested in music. They collect records and tape recordings. And others are keen on photography.

END_OF_DOCUMENT_TOKEN_TO_BE_REPLACED

Sport plays a great and important role in our life.

If you want to be healthy and keep fit you must go in for sports. “If we are healthy, we are wealthy!” says the English proverb. It is necessary to go in for sports regularly, then it does our health good, gives us joy, pleasure and satisfaction. END_OF_DOCUMENT_TOKEN_TO_BE_REPLACED

“We will take part in the Olympic Games in fair competition for the honour of our country and for the glory of sport”.

(From the Olympic Oath). 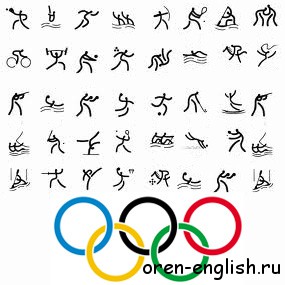 The Olympic Games have a very long history. They began more than two thousand years ago in Greece. The Greeks were fond of music, plays, and all kinds of physical exercises. The famous Games at Olympia took place every four years and all the cities in Greece sent their athlete to take part in them. The strongest athletes came together to run, jump, wrestle, throw the discus, box. There were also chariot races. The Games were very popular, and thousands of Greeks used to watch them. END_OF_DOCUMENT_TOKEN_TO_BE_REPLACED

Many boys enjoy playing football. Some boys and girls are fond of playing volley-ball, basket-ball and tennis. END_OF_DOCUMENT_TOKEN_TO_BE_REPLACED