Leonardo da Vinci was an amazing man of almost unlimited interests and talents. He was a scientist, an inventor and a musician. Leonardo was also one of the world’s most famous painters. 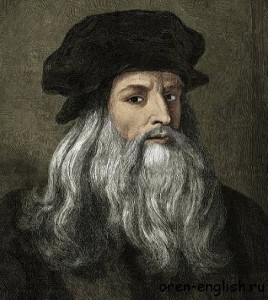 Leonardo was born in 1452 in the town of Vinci in Italy. His name means “Leonardo of Vinci”. As a boy, he studied reading, writing, mathematics, and Latin.

Leonardo lived during a period known as the Renais­sance. This was a time of renewed interest in art, science, and learning. Leonardo’s father saw his son’s artistic talent and sent him to the nearby city of Florence to study art.

When he was about 25, Leonardo set up his own art studio. He carried a sketchbook wherever he went, but finished only about a dozen paintings. His painting called “The Last Supper” is one of the most famous in the world. It is painted on an inside wall of a monaster in Milan, Italy. 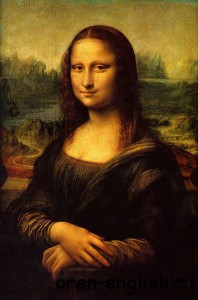 In 1503, Leonardo painted the “Mona Liza”, a picture of a woman. For centuries, people have wondered what the woman is thinking and why she is smiling.

Leonardo was also known for his sculptured. But none of them have survived. In his spare time, he sang and played the lute. He also designed musical instru­ments. One was a wheeled drum that beat when it was pulled.

Leonardo designed military weapons, too. He de­signed a tank, a machine gun, and a hand grenade.

Throughout his life, Leonardo observed nature very carefully. He studied plants, rocks, the flight of birds, the effects of sunlight and shadow, and the movements of water. Among the hundreds of things he worked on were ideas for flying machines, an explanation of how mirrors work.

In 1517, King Francis I of France invited Leonardo to move to his country. Leonardo died in France on May 2, 1519. He left note-books filled with ideas that no one else would dream of for hundreds of years.

on an inside wall of a monastery — на внутренней стене монастыря

the effects of sunlight and shadow — эффекты света и тени